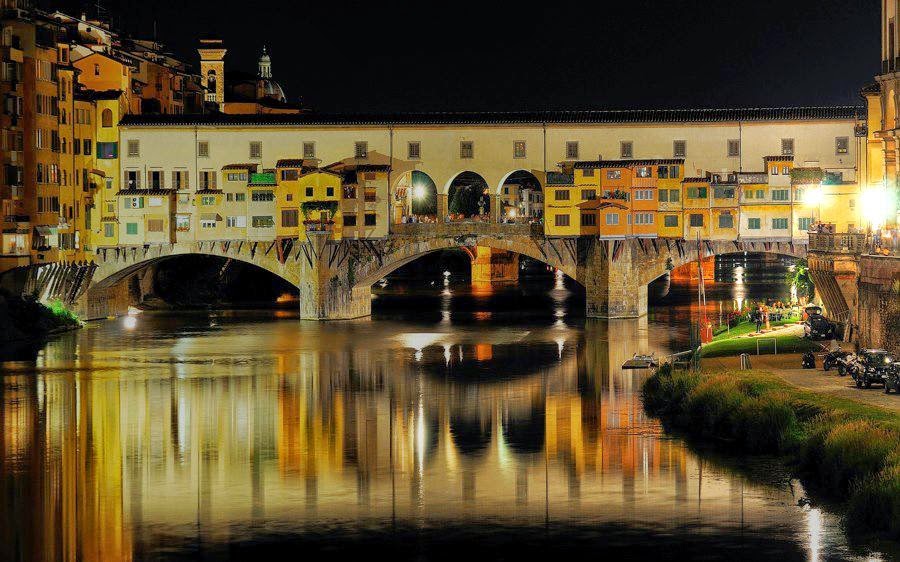 ’s Ponte Vecchio is certainly one of the city’s architectural symbols. The name means “”, which indeed it is. The first one was constructed during Roman times from wood and stone, but during the centuries it was destroyed repeatedly by the flooding of the Arno River and in 1333 it was washed away to be replaced finally by a new type of construction in 1345.

This bridge, built by Taddeo Gaddi, was the first to use segmental arches and it is still the same one you see today. The new design reduced the number of arches, and widened the space between them to allow the rising water (and any debris associated with the flooding) to pass under it more easily. Over the centuries the bridge has been repaired and reinforced many times, but it has remained standing – even after the terrible flood of 1966.

The history of the bridge is rather interesting. Since the 14th century it was seen as a continuation of the main road that runs through the heart of Florence’s center, from the Duomo past the Piazza della Signoria (where the Palazzo Vecchio is), and across the river to the Pitti Palace, thereby linking the two banks of the city. 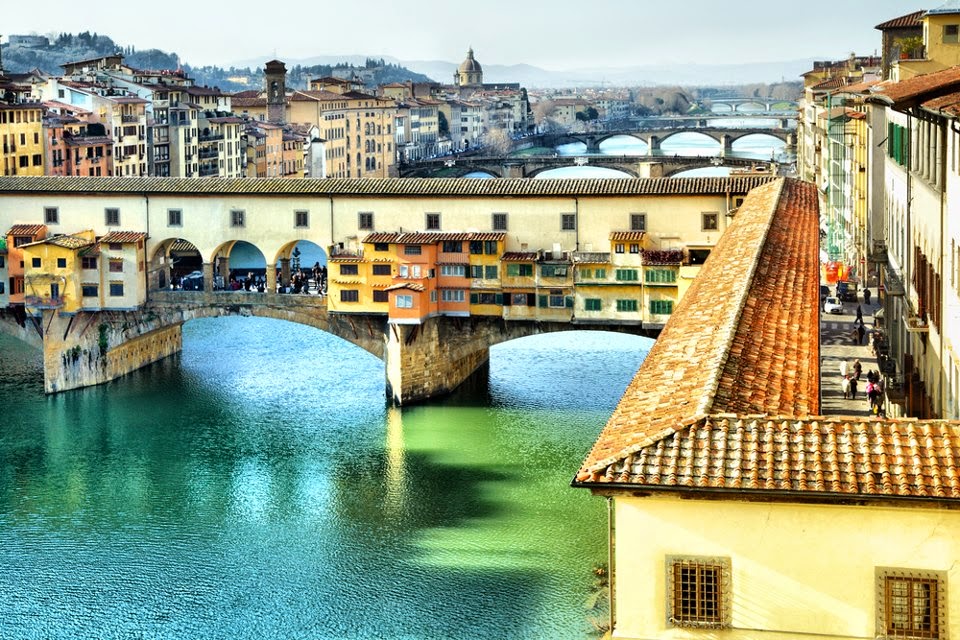 Initially the bridge was a marketplace, primarily for butchers and vegetable grocers who would use the river to dispose of their waste. However, in 1565, when Cosimo de’Medici decided to commission Giorgio Vasari to build a secret elevated passageway that was to connect the Palazzo Vecchio (the seat of the government) and the Pitti Palace (the Medici residence), the need to cross over the Ponte Vecchio made the presence of the unsightly market with its acrid odors unacceptable to the nobles. 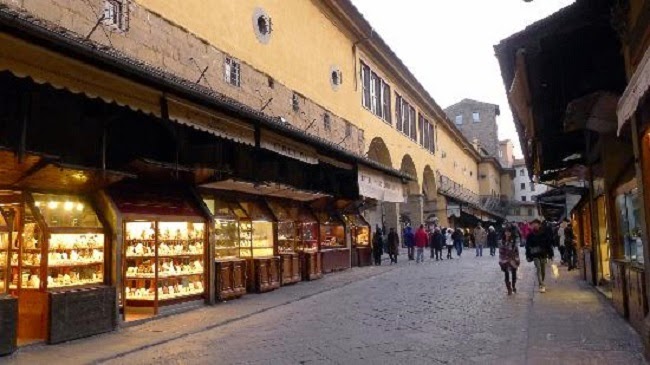 Subsequently, these merchants were forced to relocate and the bridge was taken over by goldsmiths and jewelers whose shops were much more pleasing to the eye (and nose). 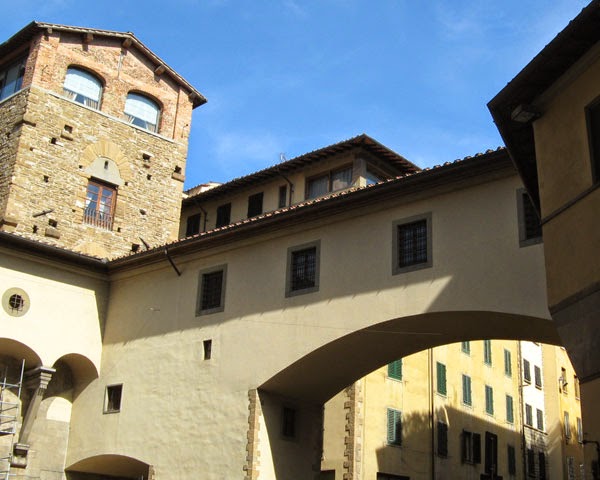 The monumental importance of the Ponte Vecchio was even recognized by Mussolini, who had larger windows built along the passageway above the bridge so that he could show Hitler the impressive views from this vantage point. It is said that thanks to this visit in 1938 by the German dictator, the Ponte Vecchio was spared during the Nazi's retreat from the occupied city in 1944, when they blew up all of ’s bridges and reduced the entire area around the Ponte Vecchio, including a part of the Vasari Corridor to rubble. 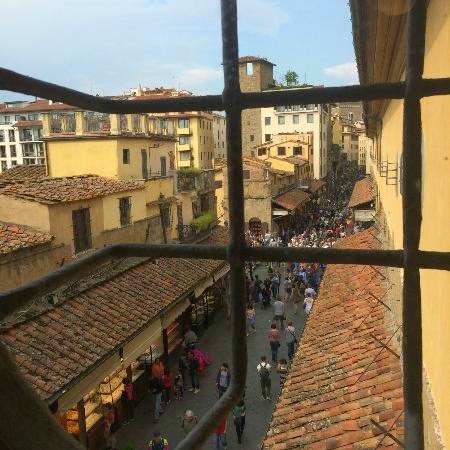 Posted by NewTuscanExperience at 2:15 AM No comments: 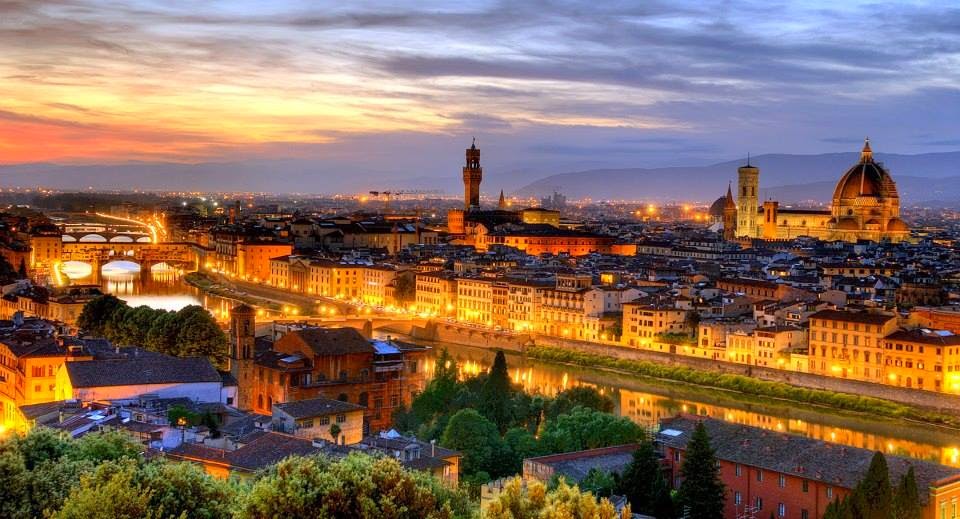 Although most people have heard of the UNESCO World Heritage Sites, some might not really know exactly what this distinction means. Let’s start with UNESCO itself, which is considered the "intellectual" agency of the United Nations. Their premise is that “at a time when the world is looking for new ways to build peace and sustainable development, people must rely on the power of intelligence to innovate, expand their horizons and sustain the hope of a new humanism. UNESCO exists to bring this creative intelligence to life; for it is in the minds of men and women that the defences of peace and the conditions for sustainable development must be built.”

The World Heritage Sites were created to distinguish and protect those areas or monuments that have an outstanding universal value, which can be either cultural and/or natural. The goal is to foster intercultural understanding, by safeguarding heritage and cultural diversity. According to UNESCO, “Heritage is our legacy from the past, what we live with today, and what we pass on to future generations. Our cultural and natural heritage are both irreplaceable sources of life and inspiration. Places as unique and diverse as the wilds of East Africa’s Serengeti, the Pyramids of Egypt, the Great Barrier Reef in and the Baroque cathedrals of make up our world’s heritage. What makes the concept of World Heritage exceptional is its universal application. World Heritage sites belong to all the peoples of the world, irrespective of the territory on which they are located.”

Clearly, the honor of being designated a World Heritage Site also includes the right to receive special funding for the preservation of the site. The distinction calls attention to the place and helps to boost tourism and even local interest in the area. There are presently 981 World Heritage Sites, 49 of which can be found in – making it the country with the most sites. 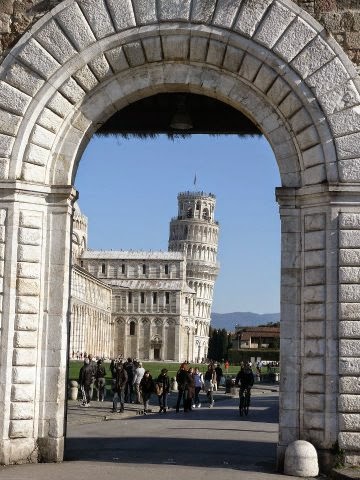 In  there are 7 World Heritage Sites (more than in any other Italian region). So when you visit, make sure to include at least a few:

Posted by NewTuscanExperience at 4:11 AM No comments:

The Origins of Gelato Can Be Found in Florence

Did you know that gelato was invented in ? There is probably no one who visits without trying this delicious version of ice cream. The unique creamy texture and myriad of flavors have made this one of the most popular desserts in the world. Whether eaten simply in a cup (coppetta), on a cone, or in an elaborate creation by a renowned chef, gelato is a treat.

The history of gelato can be traced back to in the early 16th century, when the Medici family organized a culinary contest to create “the most unique dish ever seen”. A humble cook (previously a poultry butcher) named Ruggeri presented his “sweet and flavored frozen water” which so impressed Catherine de’Medici that she took both Ruggeri and his creation with her to , to beguile her subjects.

In , the tradition was carried on by one of the city’s most famous architects at the time, Bernardo Buontalenti. To impress a delegation of Spanish ambassadors during their official visit at the Medici court, he invented a “strange container” in which the ingredients: snow, salt, lemon, sugar, egg whites and milk were introduced to magically produce gelato. Its success was immediate and this new form of dessert became a symbol of .

Today the city’s tradition of fine gelato is as strong as ever, with historic and new gelaterie (shops) constantly striving to offer the finest ingredients and the most innovative flavors to impress their customers. So, the best way to decide which gelato is your favorite is to
try as many as you can while you are visiting!

Some of the most well-known shops in the historic center include: 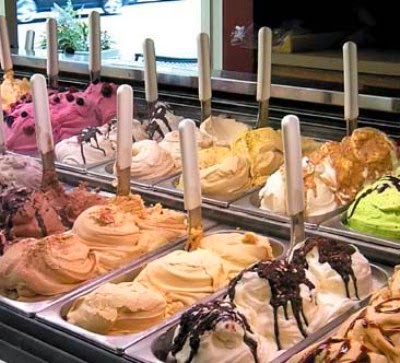 Carapina - Via Lambertesca 18 - Excellent artisan gelato with the most wonderful original flavors! (Notice it is at the top of the list!)

Grom – Via delle Oche – Although it is a national chain, the ingredients are genuine and its popularity is enormous, as you’ll see by the long line that forms out the door of the small shop! 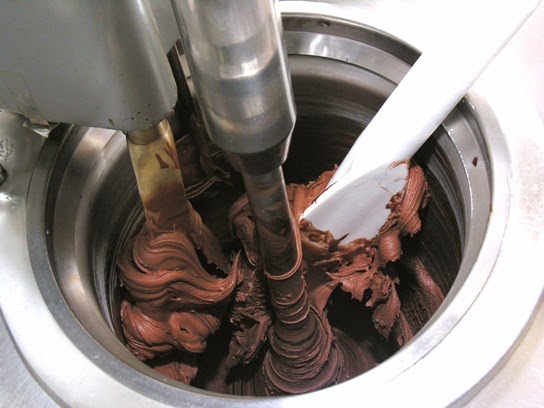 Venchi – Vicolo Calimaruzza (across from the Mercato Nuovo) – new to , this is a famous chocolate company from o if you are a chocolate lover, it’s a good place to start!

Re del Gelato – Via Strozzi 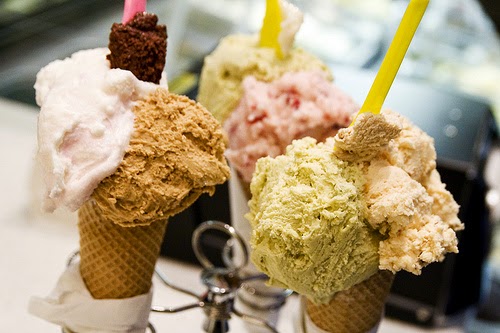 Vivoli – Via Isole delle Stinche 7/r - among the most famous and well-known by tourists, but perhaps overrated and overpriced… (personally, I also find it too sweet).

Beyond the historic center, try:

HAPPY TASTING!!
Posted by NewTuscanExperience at 7:34 AM No comments: