Summer in Italy - and the ins and outs of air conditioning 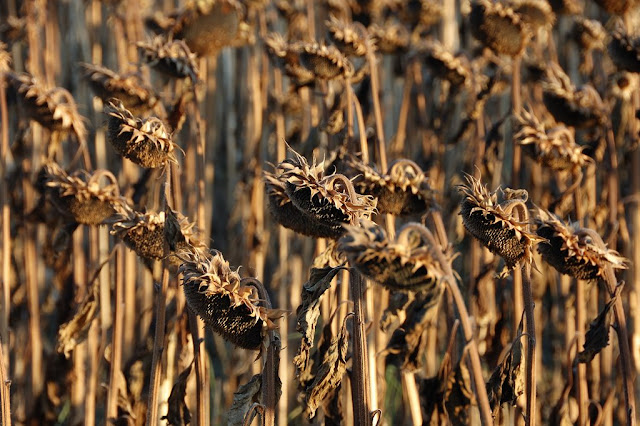 During this summer's incredibly long and record-setting heatwave, one of the hot topics of conversation is air conditioning. Many people assume that there is a lack of air conditioners in Italy due to the high cost of electricity and the expense of the units themselves, and while both are accurate, they are probably not the only (or main) reasons. 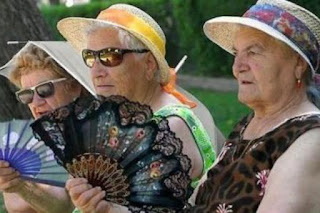 The truth is that Italians have a love/hate relationship with this technological means of overcoming high temperatures. While they can recognize the benefits of not having to swelter in their homes and offices, for many it is still considered "dangerous and unnatural", likely to cause a series of maladies, ranging from the common cold (often referred to as a frescata) - a direct result of getting "hit by air" (the famous colpo d’aria), to headaches and stiff necks (the dreaded torcicollo also called colpo della strega - which literally translated means hit by the witch!) Italians spend a lot of time talking about air conditioning and how bad it can be for you. They even wear scarves in the dead of summer to protect themselves from it. After all, the list of risks associated with air conditioning is a long one - which helps to explain why so many people avoid using it (even when they have an air conditioner!)

I remember buying my first car in Italy (about 20 years ago) and asking the salesman to include air conditioning as an optional; he literally laughed in my face, remarking that if a utility car had air conditioning it wouldn’t have enough power left to move! Luckily, he has been proven wrong over time and today just about every car produced has A/C, no matter how compact or budget it is. Now whether an Italian car owner will turn it on is another story; just look around as you drive to see how many open windows there are so the car's occupants can enjoy the refreshing 40°C (104°F) breeze! It's no wonder that driving in Italy during the summer is even more challenging, since half the people sitting behind the wheel have heat stroke...

As an American I have known/had air conditioning for my whole life. My father, a "hot blooded" European immigrant to the US, was a living example of someone who had quickly learned to love this luxury available in his new homeland and we had central air conditioning in our house starting back in the ‘70s. I can’t remember ever having a car without A/C either (until I moved to Italy!) Today, at least 90% of Americans have A/C in their homes - while in Italy it is about 30% (fortunately, I am one of them). The funny thing is it took me a few years to convince my Italian husband that it was worth the investment - but today it is his favorite “americanata” that I introduced into our lives. (I would also definitely include the clothes dryer on that list - another good blog topic for the winter season!) 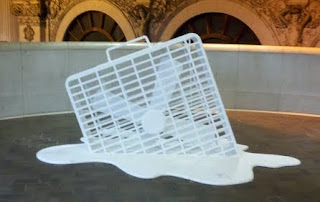 Living here I have heard (and experienced) all the gripes we expats have about the A/C situation and my conclusion is that when it is too hot, it’s just plain too hot and something needs to be done! An Italian friend once said, "Air conditioning only hurts those who don’t have it!" I prefer to claim that if used properly (without excess) it can only be an asset. While there is no reason to make your living quarters a refrigerator - no one will convince me that it is healthy to sit in a room that is more than 30°C (86°F)!

In defense of the Italians, who do voice their observations/criticisms about the way foreigners (ab)use this commodity, I will admit that when I return to the U.S. I often find that there is an excessive use of air conditioning. Why should people need to wear a sweater in August to enter a supermarket, mall or office building? Even at home, is it logical to sleep with a comforter in the middle of the summer? I once asked someone in a large chain store why they kept it so ridiculously cold and was told that the A/C was regulated by their headquarters in Boston - pretty insane considering we were in New York! 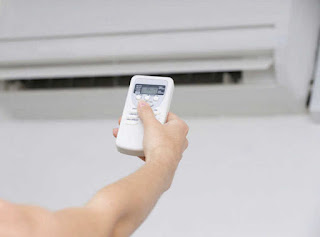 As usual, what’s needed (but often lacking in our society) is some common sense. If you use moderation, you can probably make most people happy. Technology has come a long way in improving the machinery that produces cold air - so as long as we pay attention to how we set our thermostats, and position our vents correctly, we should be able to overcome our cultural differences, and avoid being hit by that treacherous air, so we can live together happily (and comfortably!)

Posted by NewTuscanExperience at 8:29 AM No comments: