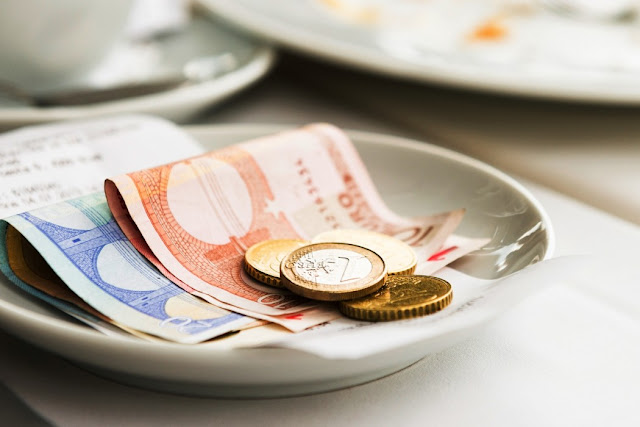 A very frequent question we are asked is, “What are the guidelines for tipping in Italy?” It’s a particularly confusing topic for Americans, who are accustomed to leaving a tip for a wide variety of services but have also heard that in Italy it doesn’t quite work the same way.

While over time the presence of North American tourists has made receiving gratuities more common, the reality of the matter is that tipping in Italy is still considered a gesture of gratitude and satisfaction, not an obligation. While the service providers do appreciate a tip, they don’t expect one, as the majority of Italians do not tip. The small percentage that does will only do so if they are particularly pleased with the service provided - and they will normally never leave more than 10%. In general, the most common practice is really just rounding up - for example in a restaurant if the bill is Euro 76, they’d leave 80. 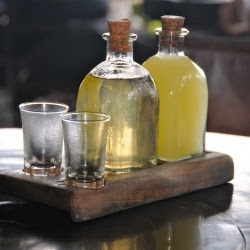 Another curiosity you are likely to discover when dining out in Italy is that it’s actually customary for many proprietors to offer their customers a complimentary drink either before or after the meal (a Prosecco or Grappa, Limoncello, etc.) as a sign of their gratitude for your patronage.

There are a few things worth mentioning to assist you in understanding how and who to tip if you would like to do so. First of all, it is important to mention that in an Italian restaurant, servers receive a salary and do not depend on tips for their wages. Another important thing to know is that if you are paying by credit card you will not find the possibility to add on the tip. This is because the restaurant does not give gratuities to the staff from credit card payments. The only way to make sure the server gets the tip is to leave it in cash.

When you examine the bill from the restaurant you will see that there is something called a “coperto” - basically a seating cover charge. This is considered the cost for your bread and the table setting. The amount can vary depending on the level of the restaurant, but it is usually between 2 and 4 Euros per person. In most cases this is applicable even if you sit down for a cup of coffee. If you do not want to pay it, have your espresso standing at the counter (like most Italians).

Sometimes you will find a service charge, called “servizio” - which should always be specified on the menu. Normally it is about 10-12% and is more common for larger groups (8+ guests). This is the same as a tip - so don’t add anything else.

Unfortunately, some restaurants in popular tourist cities have adopted the bad habit of encouraging foreigners to leave a tip by asking if “you need change” or returning with lots of small change after you have paid the bill (to make you feel like you should leave them some of it). In Italy this is actually considered very rude (and they’d never dare try it on an Italian customer!) So, in that case, take your change - all of it - and leave. This compares to when the waiters stand on the street and solicit customers (a clear sign that it’s not where you want to eat!)

For tour guides and private drivers (especially those who accompany you on full day excursions), if you are happy with their service, they do appreciate the gesture. A tip of about 10% is appropriate.

Taxi fares are usually rounded off to avoid any small coins - so for Euro 9.50, paying 10 Euro is easiest.

Hopefully you’ll find these guidelines helpful. But it’s important to remember that the most positive thing about tipping in Italy is that you don’t have to feel obliged to do so. There is no stress involved. In fact, Italians are often overwhelmed by the tipping culture in the US. To them it seems alien, almost like a service charge on everything, which creates anxiety as you try to figure out how much you “owe” and constantly worry about having your change handy at all times.

Instead, tipping in Italy is like most of the things that make up the local culture: it’s more laid back, and considered a spontaneous gesture when you feel you have been given the kind of service you hoped for. This way, both parties have a greater sense of satisfaction.

Posted by NewTuscanExperience at 8:55 AM